This event has been postponed due to concerns about the Corona Virus.
New dates will be announced soon.

Tarnation! Engels Wilder “Wilde” West considers himself to be tough but fair. He has not made more enemies than any other titan of business in Sacramento, but recently, he has been feeling like his days are numbered. The thought of his earthly mortality has not softened the old coot, nor has it stopped him from calling in his debts. He has been demanding any two-bit who owes him so much as two bits pay-up- and in gold!

This Gold Rush mystery may have thrown us for a loop, but you fine city folk should be able to follow the clues and tell us whodunit! 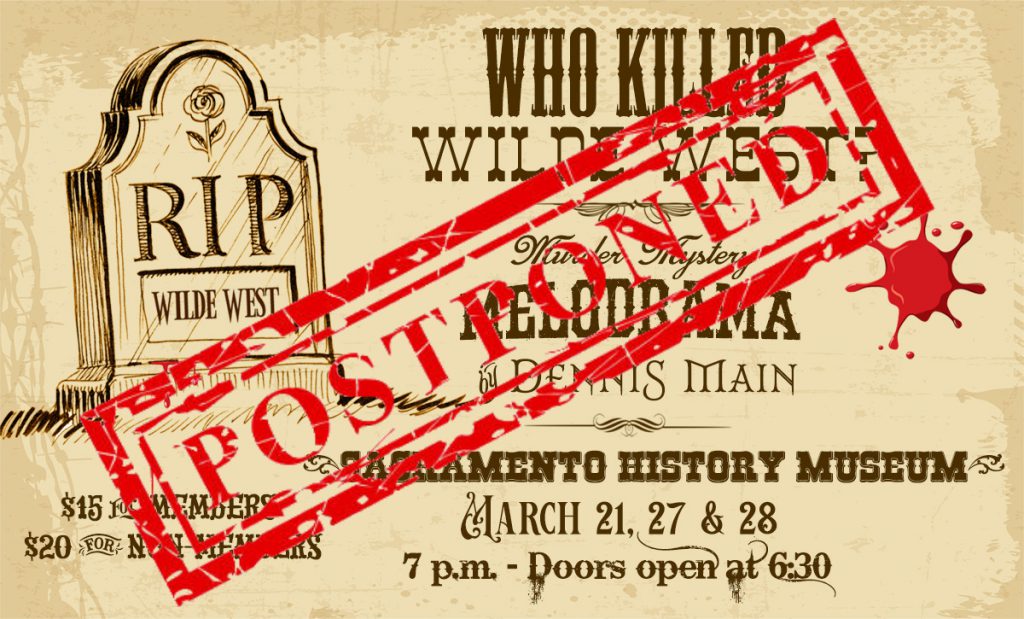 Who Killed Wilde West? is hosted by the Sacramento History Museum located at 101 I Street in Old Sacramento. Doors open at 6:30pm and the murder mystery begins promptly at 7pm. Enjoy one complimentary drink with your purchased ticket. A no-host bar will be available.

Metered parking can be found on the streets of Old Sacramento. Parking is also available in the Old Sacramento parking garage located at 2nd and I Streets.

Check-in at the front door. Names will be on our Will-Call list.

Interested in becoming a Sacramento History Museum Member? In addition to free museum admission, benefits include free or discounted admission to year-round events just like this one!