Tarnation! Engels Wilder “Wilde” West considers himself to be tough but fair. He has not made more enemies than any other titan of business in Sacramento, but recently, he has been feeling like his days are numbered. The thought of his earthly mortality has not softened the old coot, nor has it stopped him from calling in his debts. He has been demanding any two-bit who owes him so much as two bits pay-up- and in gold! 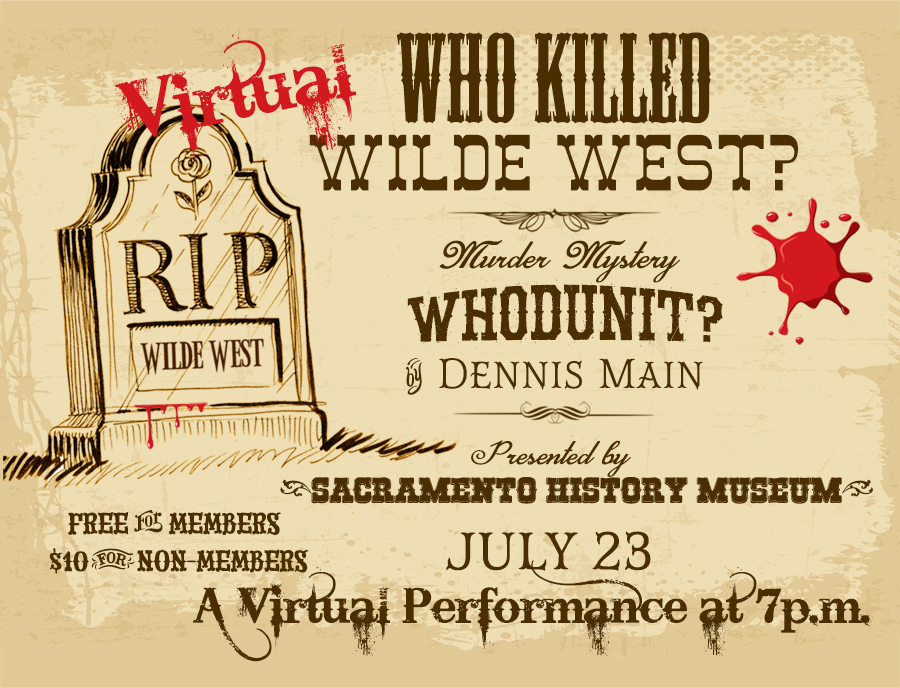 This Gold Rush mystery may have thrown us for a loop, but you fine city folk should be able to follow the clues and tell us whodunit!

The virtual version of Who Killed Wilde West? is hosted by the Sacramento History Museum, July 23, at 7 p.m., (PDT)

The special 90-minute live performance is $10 PER SCREEN. Participants will receive a link to register with Zoom after their purchase is complete. Members of the Sacramento History Museum are free, just email Diane at DArellano@sachistorymuseum.org to sign up for the event.

Interested in becoming a Sacramento History Museum Member? In addition to free museum admission, benefits include free or discounted admission to year-round events just like this one!