A Page in Time Book Fair

Museum guests will have the opportunity to meet the intriguing local authors and historians who can relate the fascinating history of Sacramento through a variety of viewpoints and cultural backgrounds. While additional participants may be added to the line-up, the confirmed authors/historians are as follows (two of whom have Sacramento related books being released later this month): 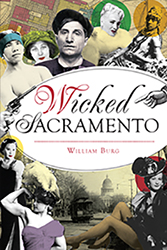 In the early 1900s, Sacramento became a battleground in a statewide struggle. On one side were Progressive political reformers and suffragettes. Opposing them were bars, dance halls, brothels and powerful business interests. Historian William Burg shares the long-hidden stories of criminals and crusaders from Sacramento’s past. 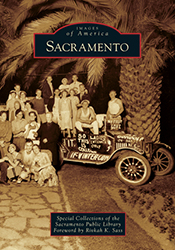 Going back to its Native American origins, Sacramento has withstood flood, fire, and plague to earn the moniker “Indomitable City.”  Such grit has powered the Sacramento area’s role as gold rush epicenter, railroading Goliath, agricultural hub, and policy center for one of the nation’s most innovative states. 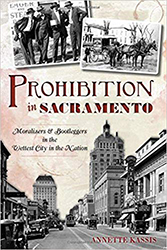 Annette Kassis – Prohibition in Sacramento: Moralizers and Bootleggers in the Wettest City in the Nation

Sacramento’s open opposition to Prohibition and ties to rum running up and down the California coast caused some to label the capital “the wettest city in the nation”. The era from World War I until the repeal of the Eighteenth Amendment brought Sacramento institutions like Mather Field and a thriving film industry, but it wasn’t all pretty. 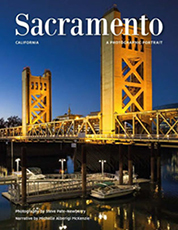 Sacramento is a city steeped in history, filled with drama and beauty, politics and play. Photographer Steve Pate-Newberry focuses his love and his camera on his hometown with spectacular results. See the city through Steve’s lens in these pages and you will gain a new appreciation for this important city. 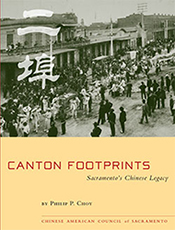 During the gold rush of 1849, Sacramento was the destination for many Chinese. Sacramento’s place as the way station to the gold fields, the origin of the Transcontinental Railroad, and a center of California agriculture gave it a unique role in Chinese American History. 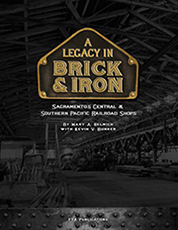 Encompassing more than 125 years of history, “A Legacy in Brick & Iron” examines the Central Pacific and later Southern Pacific Railroad Shops, which, for a time, was the largest and most completely integrated heavy industrial complex west of the Rocky Mountains. 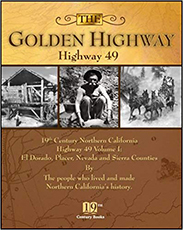 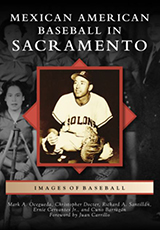 Since the early 20th century, baseball diamonds in California’s capital and surrounding communities have nurtured athletic talent, educational skills, ethnic identity, and political self-determination for Mexican Americans. Players often became important members of their communities, and some even went on to become professional athletes—paving a path for Latinos in sports. 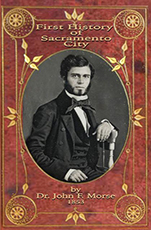 First published in 1853 in Colville’s Sacramento City Directory and reissued by the Sacramento Book Collectors Club in 1945, with an historical note on Dr. Morse’s life by Caroline El. Wenzel. The latest edition has comments about being a doctor during “Gold Rush” California by Dr. Bob LaPerriere. 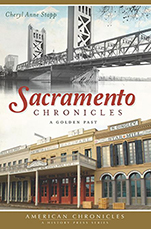 Stapp reveals the setbacks and successes that shaped the city, including a devastating cholera outbreak, the 1850s’ Squatter Riots, two major fires, the glamorous Pony Express and the first transcontinental railroad.

Admission to the Sacramento History Museum costs $8 for adults, $5 for youth (ages 6 to 17) and is free for children ages 5 and younger. Museum members who purchase  a featured book can receive 20% off and non-members can receive 10% off the price of the featured book.

The Sacramento History Museum is open 10 a.m. to 5 p.m. daily, and is closed on Thanksgiving, Christmas Eve, Christmas Day and New Year’s Day.